What’s it like to go to wake up one morning and discover that your tiny seed of a game idea has gone viral on social media?

Hoplegs goes into Early Access on Steam on April 22nd 2021.

It’s funny looking back now to think that the idea for Hoplegs came out of me messing around with ideas during my Twitch livestream. I remembered seeing some kids toy that extended two pieces on each side of a cube, and thought it’d be fun if I could recreate that but make it jump around a bit.

So I decided to see what it would look like if that actually happened, and created this box with 4 legs that could bounce off the walls! I posted the Unity prototype on my Twitter feed before I went to bed, just for fun really. 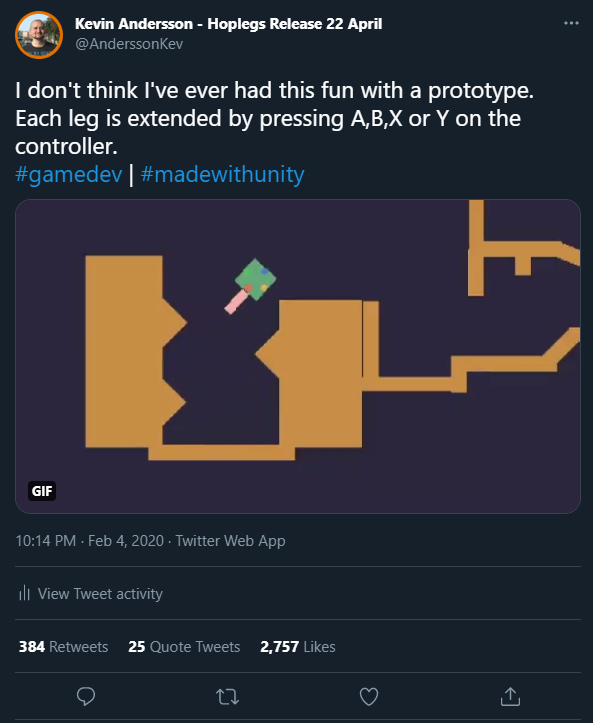 I couldn’t believe it when I woke up the next morning to find out that my tiny idea had blown up. It was a great feeling and a humbling experience to know that so many people liked my idea!

That really motivated me to develop the idea further. I felt that the fans who helped to grow this seed of an idea into an acorn of a game deserved to feel part of the entire development process. I’ve been live-streaming my development on Twitch twice a week, which has been super-useful for getting real-time feedback on things I wanted to try out.

It has also really helped to build a strong community around the game – sometimes people will make suggestions for improvements, and it helps them to feel invested in what I do. I really appreciate them all and their support. In fact, many of the biggest Hoplegs fans have been part of our story from the very beginning.

Tell me more about Hoplegs

Okay, so Hoplegs is a quirky platformer where your gamepad buttons each control one of the four legs on your box.

The most important feature of the game is the player’s own journey towards mastering the controls. The aim is to progress through the levels, which increase in difficulty, pogoing off of the walls and using your momentum to propel yourself up mountains. It starts out nice and easy, but you’ll need to get the hang of the controls and timing your movements to progress through the later levels!

To take the edge off the concentration needed to master the controls, I decided to keep the rest of the game lighthearted and a little silly, and you’ll see this carried throughout the rest of the game, through the design, soundtrack and sound effects.

My friend Nathan Ross has helped to create the music and sound effects for Hoplegs, which is actually inspired by Snipperclips, a fun and silly game developed for the Nintendo Switch which came out on release day. He’s managed to capture the exact feel I’d hoped for. It’s very catchy, someone even suggested that we should make a ringtone out of it!

The graphics have gone through a few iterations, but the core idea has always been the same, which is an outline on the terrain with the grass patches placed on top. Technically it hasn’t changed in a long time, but if you can see the progress through the development then I don’t think you’d notice. 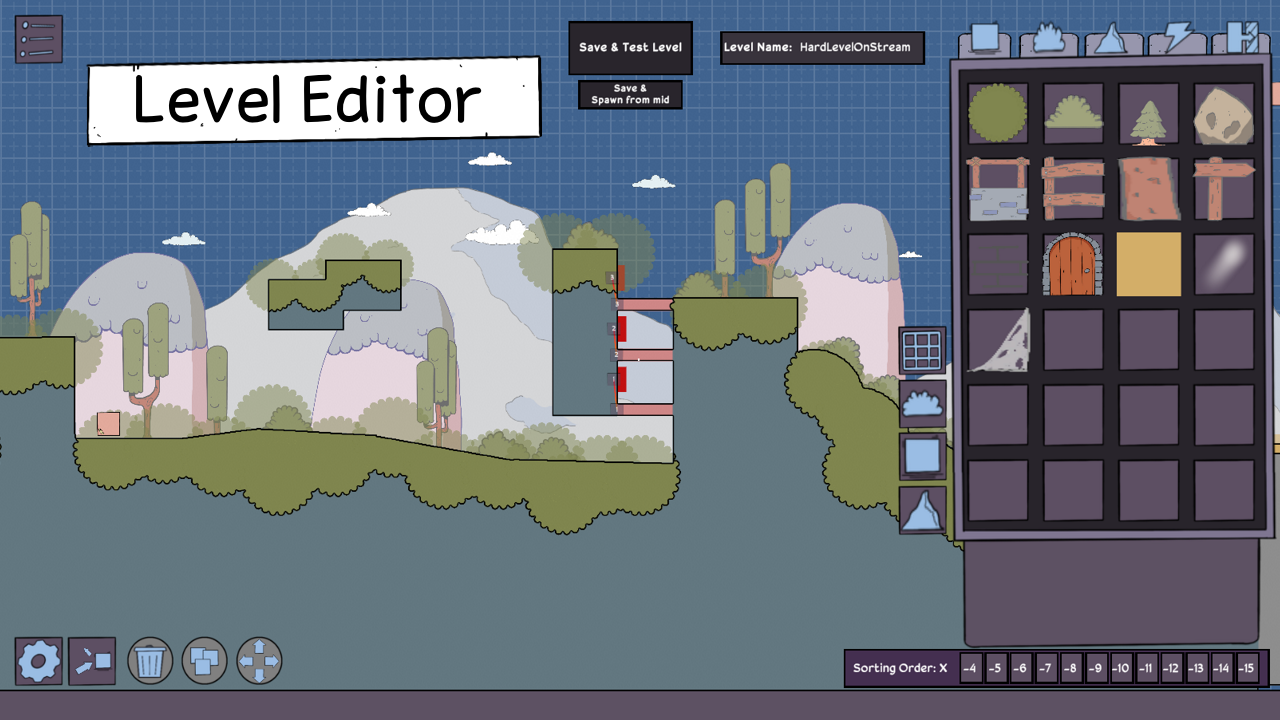 Who does Hoplegs appeal to?

I’ve designed it to appeal to anyone who likes platform games, but early reviews suggest that fans of difficult ‘rage games’ like Getting Over it With Bennett Foddy and Jump King are particularly enjoying it so far.

Hoplegs also has a level editor, so content creators and fans of Mario Maker will enjoy it too. This is a feature we’re going to look at expanding, and hopefully feature the best community-created levels within the game for everyone to have fun with!

We’re also seeing some interest from speed runners, who want to beat the in-game scoreboard – and some of them can complete the game faster than I can already!

What are you working on right now?

I’ve just added the option to change the language in-game – we’ll ship the game with 10 different languages. It was a bit of a struggle to get the fonts working for Korean, Japanese and Simplified Chinese, but I think it’s all working properly!

I’m also working on some last-minute tweaks and getting ready for release, which will be on April 22nd.

And what’s coming up next?

I’m also working on a Co-Op Party mode, which should be implemented sometime after Early Access in April – so players will be able to play together with their friends! 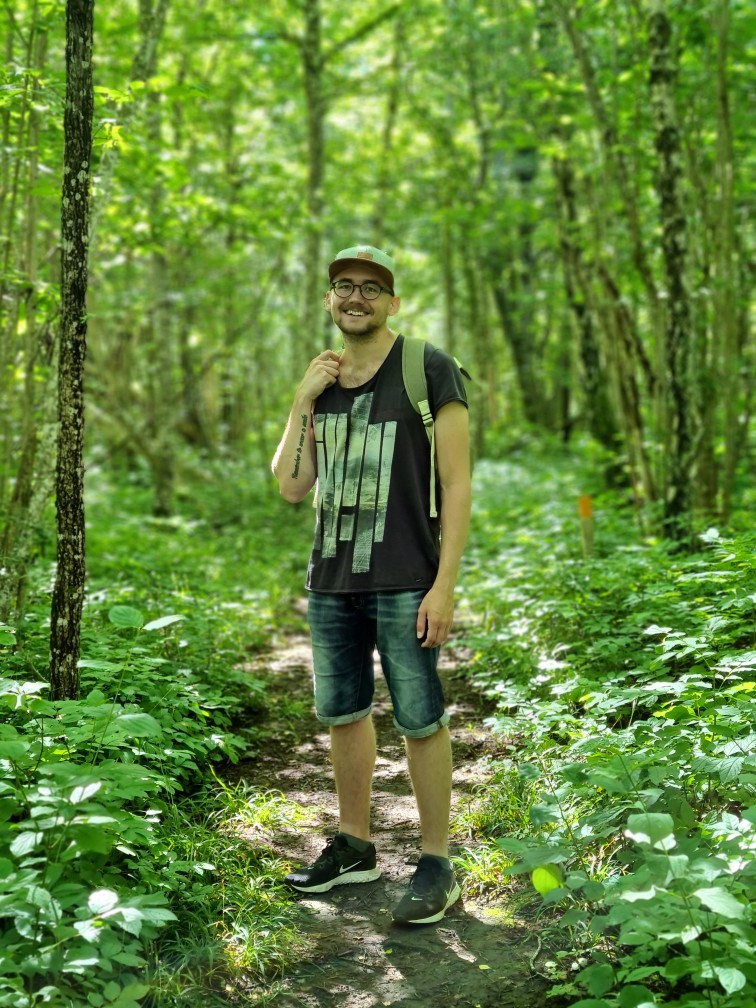